The university traces its roots to Ida Clouse, a Christian missionary and registered nurse who left the Midwest in 1917 and moved to Arizona under the Homestead Act where she opened the Clouse Ranch, which soon became a popular Christian retreat center. Upon her death, Clouse left 35 acres of her ranch to an association of Baptist churches for the creation of a Christian college. More than a decade later they formed Southwestern Conservative Baptist Bible College, later Southwestern College, and since 2011, Arizona Christian University — in recognition of the school’s growth from a small Bible college to a Christian liberal arts university.

In 1965, Dr. Wallace Woods, the first College President (1965-1975), wrote: “We want to be current in our thinking and up-to-date in our methods. We want to be relevant to the changing needs of people. Nevertheless, there are foundations upon which we stand as a Bible college, and we fix our anchor in the authority of the scriptures. By God’s grace we want to be flexible in the application of biblical principles to the training of students for effective service in their respective careers and yet hold steadfastly to the Statement of Faith which has characterized the College since its founding.” 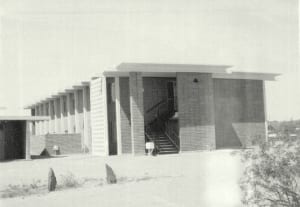 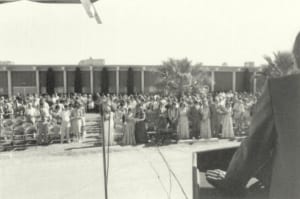 Today, Arizona Christian University continues to hold fast to its foundations and remains committed to equipping students who are followers of Jesus Christ with a sound biblical foundation for their chosen vocation and field of influence.

In 1972 the college first received accreditation with the Association for Biblical Higher Education (ABHE) and added regional accreditation through the Higher Learning Commission (HLC) in 1992. ACU’s desire to serve the broader evangelical community was reflected in the decision in 2007 to become a non-denominational Christian college.

With the leadership of President Len Munsil (2010-present), a constitutional attorney and leader in Christian non-profit and public policy work, ACU has embraced a renewed vision to “transform culture with truth” – preparing graduates to take the hope of Jesus Christ and the Gospel into all the world, while bringing biblical truth into every arena of influence in our culture.

In November 2018, President Munsil announced a miracle – trading its 20-acre campus in north Phoenix to Arizona State University for the historic 68-acre campus that was formerly the home of ASU’s Thunderbird School of Global Management. The new campus offers three times the classroom space, dorm rooms, parking, an enhanced student life experience with a historic Tower student union, the Commons dining hall, a state-of-the-art library, an events center, and space for athletic facilities to be built so future Firestorm athletes can practice and compete on-campus.

The move to the new campus – which occurred during the summer of 2019 in time for classes in the fall of 2019 — enables ACU to continue to serve a growing student population without sacrificing its Christian identity, mission and purpose. 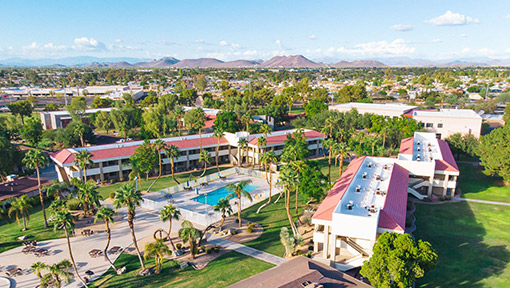 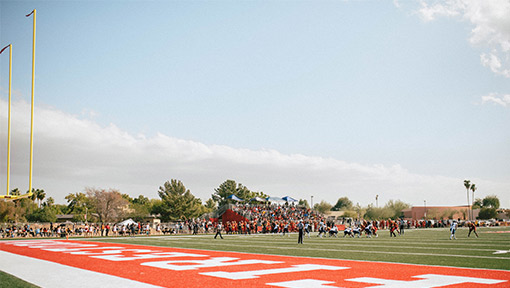