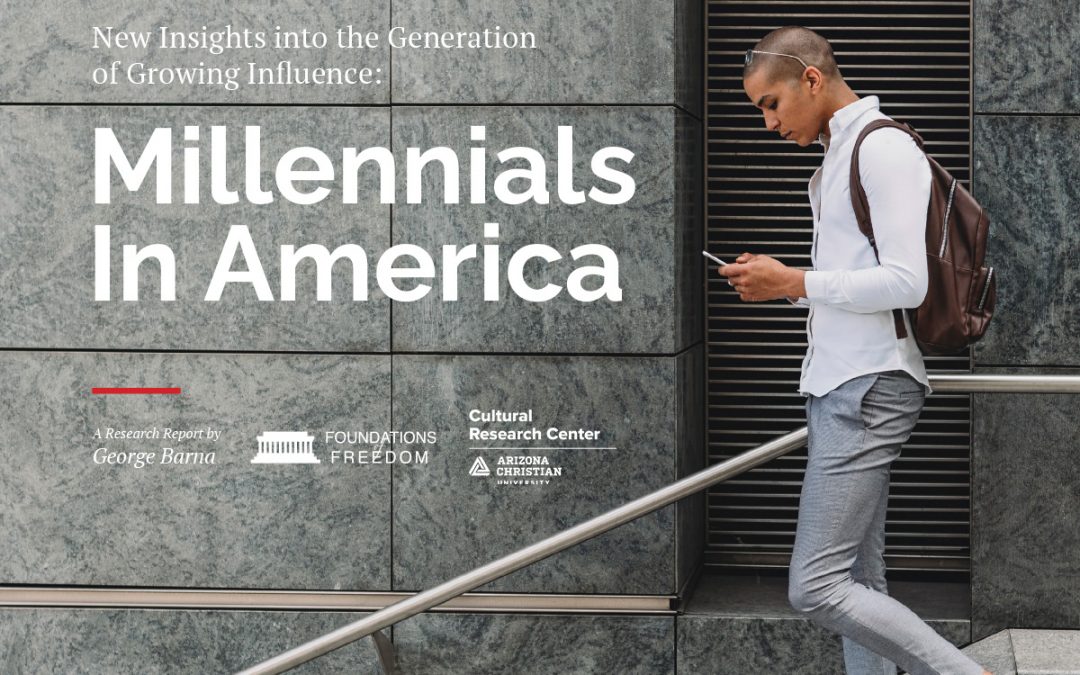 These deep struggles may be combining into a generational “perfect storm,” in which Millennials are bringing about a virtual revolution as they delay (and even reject) marriage and starting families of their own.

These are among the staggering conclusions from Millennials in America: New Insights into the Generation of Growing Influence, a report produced by George Barna and the Cultural Research Center at Arizona Christian University.

This second in-depth report from Millennials in America looks at how the nation’s youngest generation of adults is struggling with relationships, as well as crisis levels of emotional and mental health issues.

According to the nationwide study of Millennials (adults ages 18 to 37), most in the generation say they are dissatisfied with their intimate and peer relationships. In fact, when it comes to relationships, they avoid conflict and have a hard time trusting others.

At the same time, a majority (54%) admits to frequently feeling anxiety, depression or fear. They are plagued with self-doubt and deeply desire to be part of a community that “knows, appreciates, and respects” them.

When it comes to how they view others, Millennials are less likely than other adults to believe they should respect other people or to see human life as valuable, according to the study.

ACU President Len Munsil called the research findings heart-breaking and a wake-up call to the nation.

“Our nation’s young adults are in crisis in every area of life,” Munsil said. “This research should lead to an urgent national discussion about how we can serve and love the Millennial generation.”

According to Barna, author of the report, “So much of a person’s life experience and fulfillment is wrapped up in our relationships. Millennials desperately want to be in community, but they are having a hard time developing those deeper, positive connections largely due to their ideas about life and humanity.”

As Barna explained, Millennials often find these basic life desires elusive. “They often seek relationships on their unyielding terms, but that strategy is untenable,” he said.

Many of the mental and emotional challenges facing the Millennial generation flows from their worldview, according to Barna.

“Having dismissed the existence and authority of God it’s only natural that young adults are plagued by anxiety and fear,” Barna stated. “The result is they perceive the world to be random, unpredictable and beyond their influence. They have no realistic reason for hope.”

The Cultural Research Center is joining with the American Worldview Alliance and Foundations of Freedom, who commissioned the Millennials in America report, to bring together national experts to respond to the report’s staggering findings.

According to Munsil, “The discussion was hard-hitting and authentic, as these leaders shared their heart for the next generation, their wisdom from decades of ministry, and initial thoughts on how to combat the problems exposed in the research. Pastor Sam Rodriguez even provided an action plan for the church on how we can respond.”