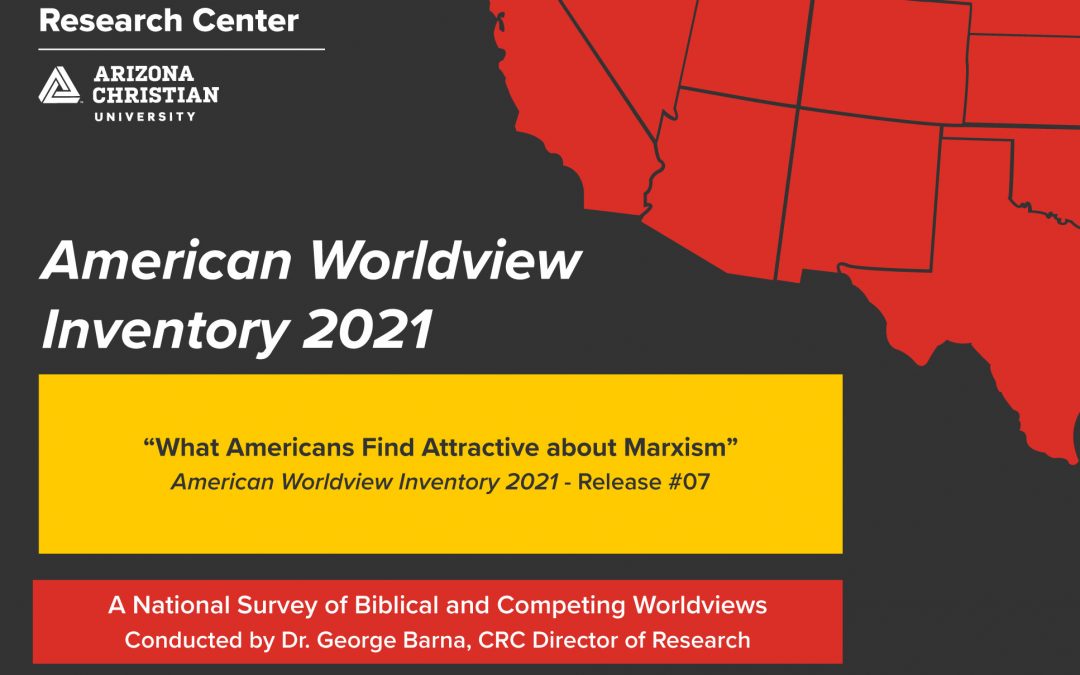 According to new research from the Cultural Research Center at Arizona Christian University, America’s increasing rejection of objective truth and loss of the biblical worldview has created a cultural context conducive to the growth of Marxist thought and practice. And in that context, many ideas reflecting the Marxist worldview may be unwittingly accepted by Americans who otherwise would reject the label “Marxist.”

This new research from CRC Director of Research George Barna identifies a dozen elements of the Marxist worldview that appeal to at least one-third of American adults.

Millennials (ages 18 to 37) are far more likely to hold such beliefs, creating concern that shifting worldviews among younger Americans will continue to fuel the growth of support for Marxism and its offshoots such as Critical Theory.

CRC Director of Research George Barna said the growing acceptance of Marxism flows from the loss of biblical truth in American culture.

As Barna explained, “The increasing rejection of basic biblical principles by adults has left an ideological vacuum that Marxism and its offshoots, such as Critical Theory, are seeking to fill.”

ACU President Len Munsil said the findings offer hope that a return to God’s truth and biblical thinking can check the spread of Marxism in the next generation.

“My generation faced Marxism on the college campuses in the 1980s,” Munsil said. “Like then, the key now is to make sure these false, dangerous and deadly ideas don’t go unchallenged.”

Specifically, the study found that about a quarter of U.S. adults hold negative views of private property. Overall, 27% believe that allowing people to own property facilitates economic injustice, and almost as many (23%) believe that individual property ownership is bad for society.

By contrast, the biblical worldview—starting with the 10 Commandments—asserts that we should not steal or covet the private property of others, that greed and envy are equally sinful, and that work that produces wealth to pay for food and shelter is an important and necessary part of life and human flourishing. Those who are blessed with wealth should voluntarily give to help the poor, but the poor are not entitled to steal private property from the rich and should not envy their wealth.

The dominant worldview among American adults is Syncretism—a customized blend of elements drawn from a spectrum of competing worldviews—held by 88% of U.S. adults. While fewer than 1% of American adults adopt Marxism as their primary worldview, 10% consistently draw from the Marxist philosophy in their daily decision-making.

The findings from the American Worldview Inventory 2021 also discovered that two of the central tenets of Marxism—claims of the harmful effects of marriage on society and the belief that people were originally good but became corrupted by society—are widely rejected by Americans.