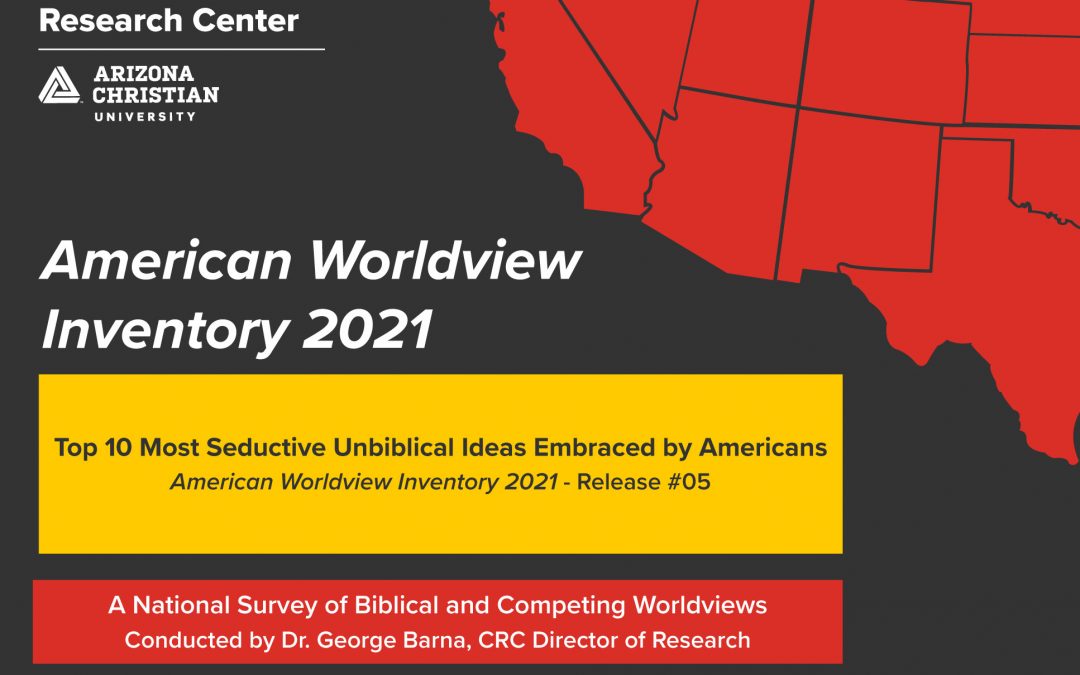 The American public flaunts its free will in many ways, not the least of which is by embracing a number of seductive—but decidedly unbiblical beliefs—as part of their worldview.

According to new analysis of data from the American Worldview Inventory 2021 conducted by the Cultural Research Center at Arizona Christian University, the “Top 10” most prevalent seductive unbiblical ideas embraced by American adults include:

The AWVI 2021 shows that even the 6% of adults who have a biblical worldview harbor many of these counter-biblical ideas as part of their personal philosophy of life.

According to CRC Director of Research George Barna, this dramatic shift in basic beliefs among American adults revolves around issues of control and trust.

“Whether we are taking charge of our destiny, our spirituality, boundaries dictated by truth, moral behaviors, or wealth management strategies, Americans are largely driven by a need to have control of every aspect of their lives,” Barna said.

“Biblical Christianity threatens that self-interest by requiring us to deliver control of our lives to God,” he said.

The AWVI 2021 also identified a shockingly large percentage of born-again Christians (44%) who do not accept the idea that people are born into sin, and a large majority (69%) embrace the notion that all people are basically good.

As the veteran researcher Barna explained,  “It is clear from the research that most individuals—even a large majority of those who consider themselves to be Christian and participate in Christian activities—are unwilling to surrender the reins of their life to a God whom they do not personally know, understand, or trust.”

The latest report from the American Worldview Inventory 2021 can be found here.