COVID-19 Crisis Shifts Perceptions of the Most Important National Issues 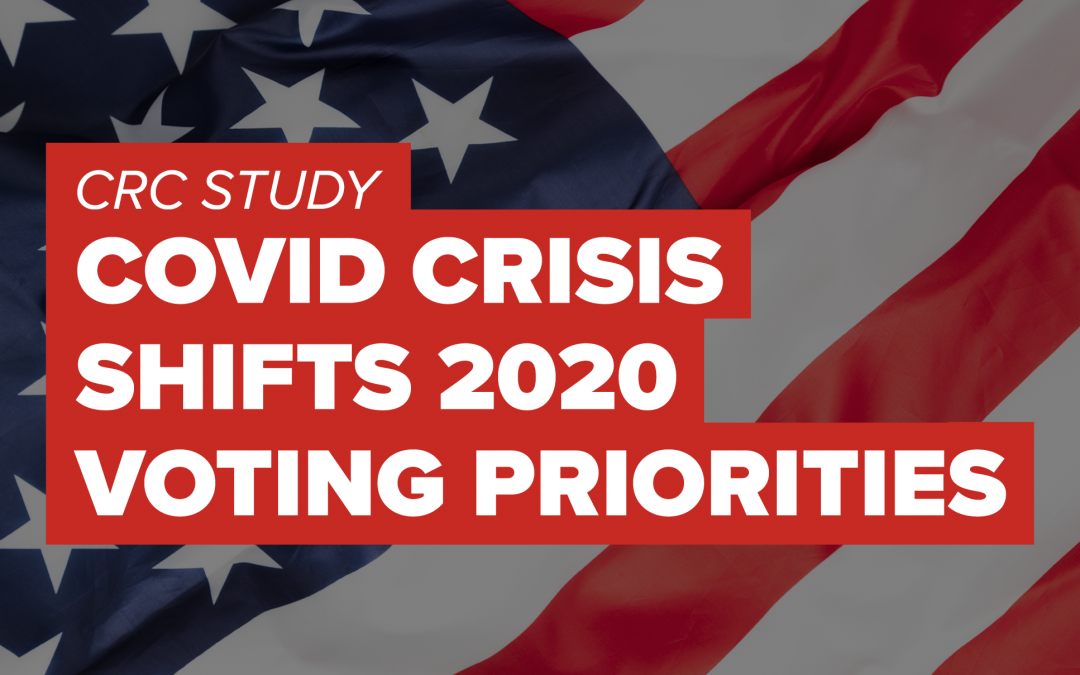 The COVID-19 crisis will change many aspects of American life—especially during an election year. A pair of surveys conducted by the Cultural Research Center at Arizona Christian University – one completed in early February (pre-pandemic) and the other in mid-April (amidst pandemic responses) – offers some insights into how the global health crisis has affected Americans’ views of the nation’s most critical issues.

The CRC surveys show that while the respondents’ core concerns have not substantially changed, a few issues—especially concerns about healthcare, jobs and the view of President Trump—have undergone noteworthy levels of change. In addition, in the midst of the pandemic, those surveyed were decreasingly concerned about topics such as gun policy, foreign policy and immigration.

“Peoples’ focus has turned homeward,” according to Dr. George Barna, CRC Director of Research. “Domestic policy and performance transcend global concerns at the moment. The research strongly suggests that we should expect the November election to emphasize domestic policy platforms as people wrestle with personal finances, jobs, and the new ways of life that will define the post-pandemic United States.”

How might the COVID-19 crisis affect the upcoming 2020 elections? According to Barna, who conducted the surveys, “What we’re seeing, in the midst of the pandemic, is American adults first and foremost want a leader who will restore the economy to strength and address our healthcare needs.”

As the veteran researcher explained, “More than half of adults surveyed named some type of economic concern, such as economic growth and stability, taxes, unemployment, entitlement programs, and government spending. Given what has happened to both the national economy and to household finances, Americans prioritizing those matters is not surprising.”

“Issues related to overseas activity – such as foreign policy, the military, national security, terrorism, and national defense – were suddenly seen as less important as a result of the virus,” Barna said.

The surveys tracked more than forty issues and their significance to American adults. Here are key findings:

The studies measure a wide range of issues of concern to Americans, including economic policies, religious liberty, government programs and performance, and social issues. The full report, “COVID-19 Crisis Shifts Perceptions of the Most Important National Issues,” is available here.

The mission of the Cultural Research Center at Arizona Christian University is to advance the Kingdom of God by conducting cultural and biblical worldview studies that will provide research and resources to inform and mobilize strategic engagement in cultural transformation. The American Worldview Inventory 2020 is one of the CRC’s foundational research projects and can be found on our website https://www.arizonachristian.edu/culturalresearchcenter/research/.