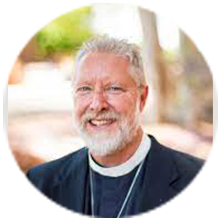 Dr. Steven Rutt has forty-five years of experience as a pastor, church planter, missionary, and international teacher in biblical, theological, and intercultural studies within fourteen countries. He has taught at undergraduate and graduate theological colleges and seminaries in New Zealand, Lithuania, England, Pennsylvania, Texas, and Arizona. He served as an external professor for a Ph.D. candidate from Southeastern Baptist Theological Seminary (North Carolina). Since 1993 he has served as founder and president of Covenant Renewal Ministries, Inc.—a non-profit missionary organization—which has enabled him to function as an accomplished conference speaker and lecturer in Europe and the United Kingdom. He remains a lecturer in missiology for the Oxford Centre for Mission Studies (Oxford, UK) and the seminaries of the Reformed Episcopal Church, the denomination where he serves as a scholar-priest. He is also a member of The Society of Anglican Theologians. Currently, as a professor at Arizona Christian University, he spends half of his time as the founding Director of the Master of Arts in Theology, Worldview, and Culture and the remaining half of his time as Associate Professor of Biblical & Theological Studies. He has taught courses in Historical Theology, Systematic Theology, Hermeneutics, Paul’s Life, Teachings and Mission, Ancient Israel and its Literature, Early Christianity and its Literature, Second Century Christianity, Early Christian Creeds and Church Councils and various books of the Bible at ACU for the past eight years. Rev. Dr. Rutt has been married to his college sweetheart, Sue, for forty-five years, and have four wonderful children and their children married Christian spouses and have given them eleven delightful grandchildren.