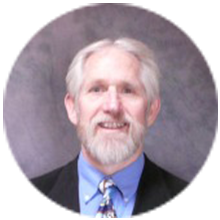 Joseph Kezele studied the sciences and music at the University of Arizona in addition to obtaining his undergraduate degree in Russian. After Medical School and Residency, he practiced Emergency Medicine for 25 years in the Phoenix area and was the Assistant Medical Director of the Emergency Department at Banner Thunderbird Hospital. There he participated in the training of medical students and Emergency Medicine Residents. He is now retired from the practice of medicine and serves as President of the Arizona Origin Science Association. Dr. Kezele is also a Logos Research Associate, and had the privilege of participating in a dinosaur dig in Montana and excavated a triceratops horn and the triceratops cervical condyle from which intact osteocytes in soft tissue were isolated.

He has participated in 24 foreign mission trips, teaching medicine, standard evangelism and creation science evangelism in India, Zambia, Mexico, Russia, Latvia, Lithuania, the Ukraine, Bosnia-Herzegovina, Armenia and Moldova. In Eastern Europe Dr. Kezele had the honor of being a guest lecturer in many State Universities and Medical Schools as well as teaching in Bible Colleges and seminaries.

Dr. Kezele teaches Creation Science Evangelism at Black Mountain Baptist Church in Cave Creek, Arizona, where he and his wife Patty attend. There he served as Chairman of the Deacon Board for 22 years, Their three adult children live and work in the Phoenix area.