ACU is U.S. News & World Report Best College for the 6th Straight Year; Also No. 13 “Best Value” in the West 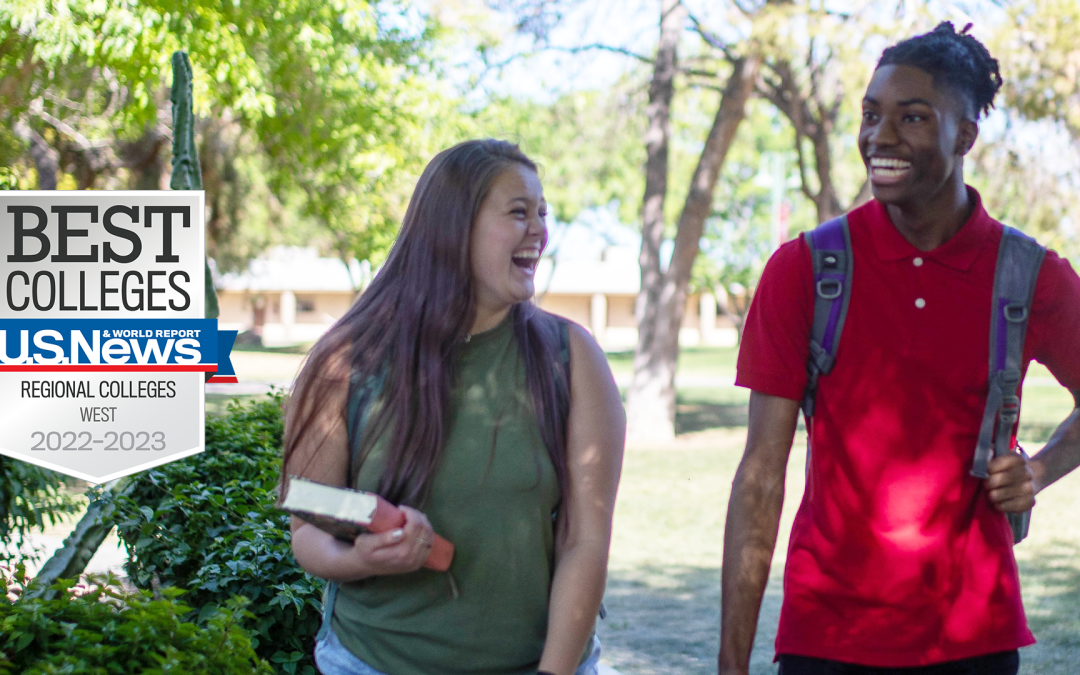 For the sixth straight year, Arizona Christian University has been ranked among the nation’s Best Colleges by U.S. News & World Report – the most respected and comprehensive college ranking system in the nation.

ACU – one of the fastest growing universities in America with 116% growth over the last ten years — achieved its highest-ever overall ranking at No. 11, rising more than ten spots in the last three years.

For the third year in a row, ACU’s commitment to excellence and affordability was also recognized with a “Best Value” ranking in the West region.

“We are thrilled to see ACU continue to be recognized for its academic excellence and affordability,” said ACU President Len Munsil. “Awareness is growing that ACU not only provides a biblical, conservative, authentic Christian community, but also an elite private education in a small college setting. Our commitment to a close-knit community enables a level of relationship and mentoring from faculty and staff that is rare in higher education today. At ACU, everyone finds a place to belong, and no one is left behind.

“In recent years ACU has not only produced graduates who have gone on to serve as missionaries, worship leaders and pastors, but also to excel at Harvard Law and other top law schools, at medical schools, and at top seminaries,” Munsil said. “Other graduates are working in the media, forming nonprofits and small businesses, becoming police officers, teachers and counselors, or earning graduate degrees in many different fields. With a bachelor’s degree from ACU, there are no limits on what our graduates can achieve as they transform culture with God’s truth.”

ACU was also recognized for the diversity of its student population. ACU’s requirement of Christian commitment brings unity to students from diverse backgrounds who come to ACU from 41 states and almost 30 foreign countries.

The West Region includes colleges and universities from 15 Western states, including California, Texas, Oklahoma, Washington, and Oregon. Schools were ranked according to their performance across a set of widely accepted indicators of excellence including student-faculty ratio, graduation rates, and financial resources per student, among others.