ACU Named A+ Christian School by Students for Life of America 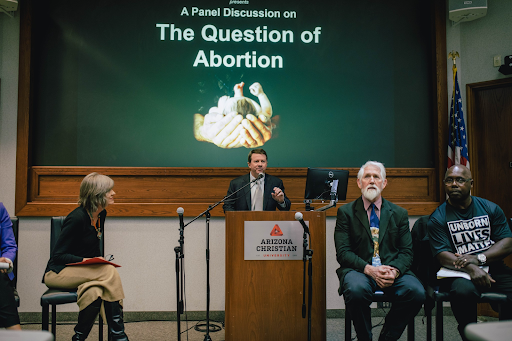 ACU is gratified to have been recognized as an “A+ Christian School” following the completion of a research project by the pro-life group Students for Life of America. The project included the release of a report detailing Planned Parenthood’s relationship with Christian Colleges & Universities in the U.S. over the past two years.

Students for Life of America conducted research on nearly 800 Christian colleges and universities nationwide, and found that ACU was one of only 49 institutions that promoted life-affirming resources on its website and publicly acknowledged the dignity of human life.

ACU’s recognition received national attention from the Christian Post, which stated, “Arizona Christian University, home to the Cultural Research Center that conducts polling and analysis of the state of American culture and the beliefs of Americans, the non-denominational Hillsdale College, the notable evangelical institutions Liberty University and Regent University, and the Catholic Church-affiliated Villanova University are among the 49 schools with A+ ratings.”

The sanctity of human life is one of ACU’s Core Commitments, and ACU strongly believes in the importance of equipping students with a biblical worldview regarding the protection of the unborn. In June, following the Supreme Court’s historic decision to overturn Roe v. Wade in Dobbs v. Jackson Women’s Health Organization, ACU President Len Munsil published an open letter praising the decision and reminding followers of Christ that we are called to preserve and protect life at every stage.

“Today we thank God for the Supreme Court’s decision last week to overturn the monstrously inhumane and unjust decree (Isaiah 10:1) set forth in Roe v. Wade – a decision that allowed 65 million children created in the image of God to be legally killed before they could draw their first breath outside the womb,” Munsil stated. “That Court decision had no basis in the Constitution, and was in clear violation of God’s law (Exodus 20:13; Psalm 139:13-16; Isaiah 44:24; Jeremiah 1:5; Proverbs 127:3-5a; Luke 1:41, 44).”

“As one of just a few Christian universities in the nation that includes the sanctity of life in its core missional documents, ACU has been thrilled to graduate and launch a number of pro-life leaders in recent years,” Munsil continued. “Our curriculum based in biblical worldview reinforces the sanctity of life for every human being throughout the academic year, and our students participate in Sanctity of Life week activities, panel discussions, chapels and pro-life marches.”

ACU is grateful to be recognized by SFL for our stance on this issue, and will continue to train and educate students to boldly lead the way in transforming how our culture views its most precious and vulnerable members.