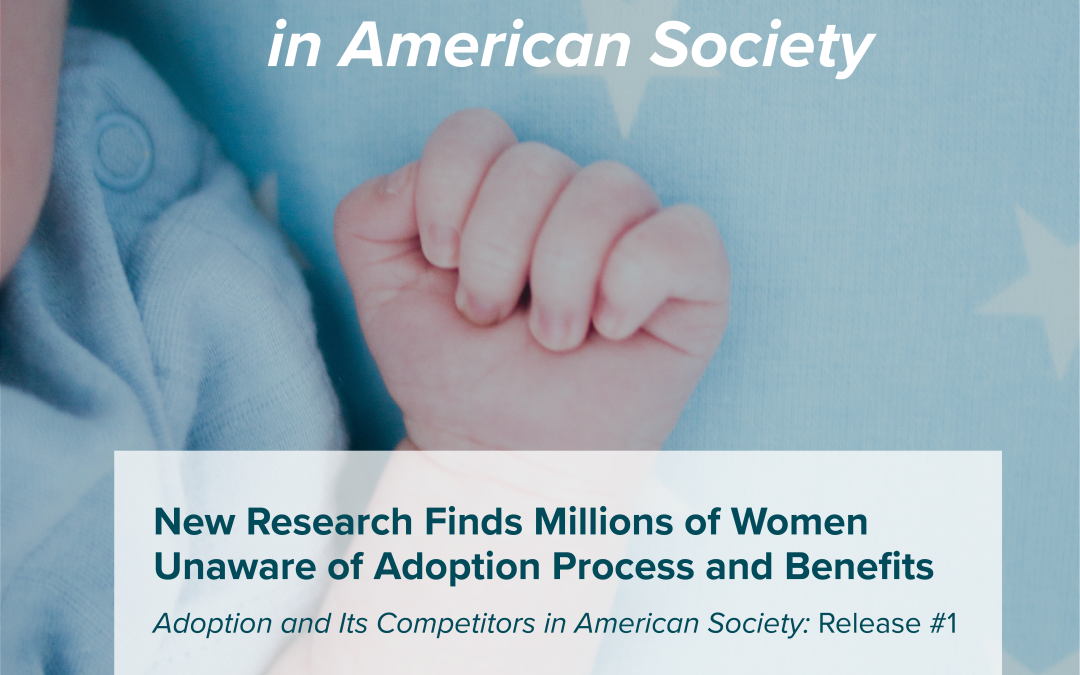 Millions of childbearing-age women who might consider adoption are unaware of how it works and its benefits, a new study shows.

About half of all women of childbearing age (15 to 44) possess basic knowledge about adoption, with the lowest level registered among teen girls, according to a new study from Dr. George Barna and the Cultural Research Center at Arizona Christian University.

The expected decision by the U.S. Supreme Court in the Dobbs v. Jackson Women’s Health Organization case has focused much attention on the topic of abortion, but it is unclear how that ruling might affect the incidence of adoption in the United States.

The study found that American women of childbearing age have significant gaps in their understanding of the process and benefits of adoption. For example, 27% did not realize that a birth mother may continue her education or job throughout the pregnancy and adoption proceedings, without losing any income or benefits; 21% did not know that birth parents may choose the family who adopts the child (this is 47% for the younger generation). About half (53%) have basic knowledge about adoption—and among teen girls, the level falls to less than one-quarter (23%).

And when it comes to possibly selecting adoption as an option when pregnant, 15% of women said that they “would be likely to place a conceived child for adoption, whether their pregnancy was intentional or unintentional,” according to the study.

John Knox, founder of The Opt Institute, underscored the value this research provides:

“This important research helps to understand why women rarely choose adoption. Many don’t know much about contemporary adoption practices and have misunderstandings about it,” Knox said. “Adoption practices have improved considerably over the last few decades, but many women are unaware of those changes and do not consider adoption as a realistic option for their pregnancy.”

Knox hopes the research sparks a discussion of adoption as an option for American women.

“For women who, for whatever reason, will not be able to raise a child, adoption is a wonderful alternative, as attested by millions of adults who were placed by mothers for adoption as children,” He continued. “The positive experiences of those adopted children and the incredible gifts they are to society are a testimony as to why adoption should be a respected and meaningful option for women to consider.”

“Adoption is a positive, life-affirming option, as we see in the many stories of adopted children,” Munsil said. “The narrative dominating our culture since the Roe decision in 1973 presents only two options. But there is a third – giving life to a child and enabling the child to be adopted by a loving family.

“This research from the partnership of CRC and The Opt Institute comes at a time when it is critical to shift that narrative,” Munsil said. “The Opt Institute shares so many stories of the positive experiences of adopted children, and the incredible value they have brought to our society. For so many reasons, adoption is a valuable option for women to consider.”

To measure knowledge about the adoption process, women in the study were asked to identify whether five basic statements describing adoption were true or false:

The study also identified four common motivations behind the willingness to place a child for adoption. Those included the mother’s financial situation (i.e., recognizing they were financially incapable of raising the child, mentioned by 33%); the mother’s desire to do what is in the best interests of the child (listed by 32%); a desire to help a family seeking to adopt a child (29%); and the mother recognizing her personal lack of preparation or maturity to raise a child (23%).

The first release of key findings from veteran researcher George Barna is available in the report, “New Research Finds Millions of Women Unaware of Adoption Process and Benefits,” available here.

The full research study, Adoption & Its Competitors: Results of a National Survey Regarding Adoption in the U.S. in 2022, also by George Barna, is available here.