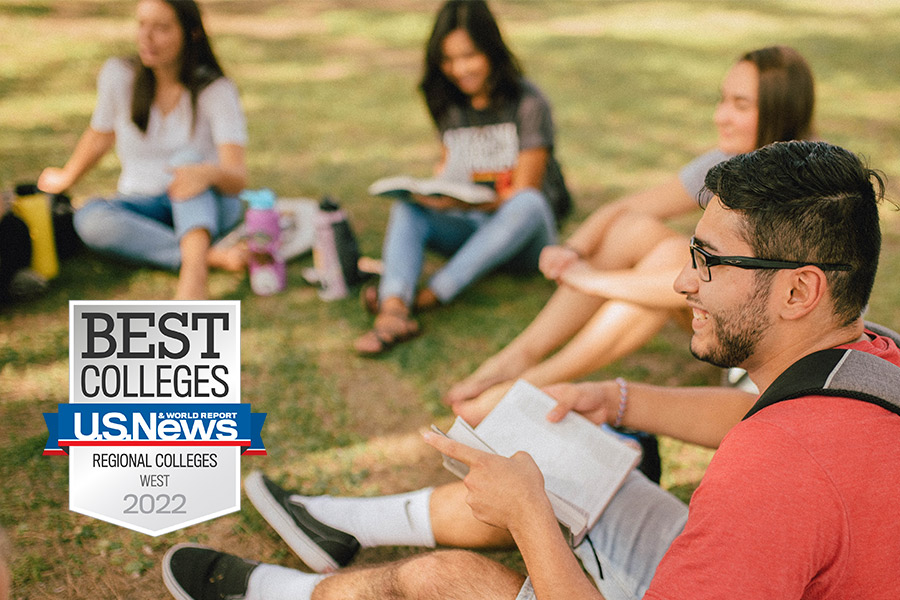 For the fifth straight year, Arizona Christian University has been ranked among the nation’s Best Colleges by U.S. News & World Report – the most respected and comprehensive college ranking system in the nation.

ACU – the fastest growing university in Arizona with three straight years of double-digit enrollment growth — achieved its highest-ever overall ranking at No. 13, rising nine spots over the last two years.

For the second year in a row, ACU’s commitment to excellence and affordability was also recognized with a “Best Value” ranking in the West region. According to the federal “true cost calculator” data, ACU is the most affordable Christian university in Arizona.

“We are thrilled to see ACU continue to be recognized for its academic excellence and affordability,” said ACU President Len Munsil. “Awareness is growing that you can receive a great, private, small college Christian education at ACU for less than at larger universities.

“When you look beyond published tuition price and consider fees and scholarships available – ACU is not only the most affordable Christian university in the region, but also the most highly ranked,” Munsil said. “Our small class sizes enable a level of relationship and mentoring from faculty and staff that is rare in higher education today. At ACU, you will not get lost in a crowd, and no one is left behind.”

ACU was also recognized for the diversity of its student population. ACU’s requirement of Christian commitment brings unity to students from diverse backgrounds who come to ACU from more than 30 states and 20 foreign countries.

The West Region includes colleges and universities from 15 Western states, including California, Texas, Oklahoma, Washington and Oregon. Schools were ranked according to their performance across a set of widely accepted indicators of excellence including student-faculty ratio, graduation rates, and financial resources per student, among others.