From Muslim to Christ-Follower 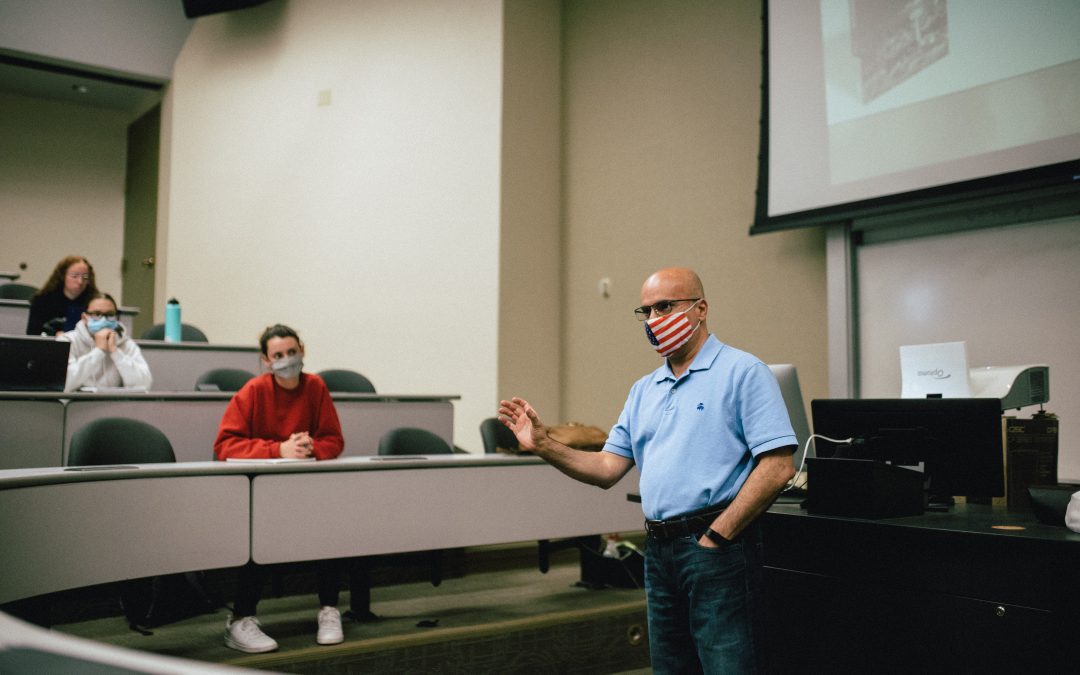 Professor Al Fadi’s journey from Muslim to Christ-follower is an amazing testimony of God’s grace and His pursuing love!

Al Fadi grew up in Saudi Arabia, and at the time he felt privileged to be born in the center of Islam.  As an adolescent, he was taught the only sure way to get into heaven was through giving the ultimate gift to Allah–sacrificing his life in the “holy war” against nonbelievers.

“I knew that if I were to go and die for the cause of this fight, that would be the only way my sins would be forgiven,”he stated.

His parents encouraged him to continue his education in America, so he came to the U.S. to study. He also arrived here with a personal  mission to convert Americans to Islam.

Al Fadi wanted to learn more about American culture and hone his English language skills, so he joined an international student welcome program, through which he was befriended by a local couple.  By virtue of his relationship with them, he believed he could convert them to Islam.  But it wasn’t that simple – they were devoted followers of Jesus.

As he grew in relationship with his host couple, the seeds of the gospel were planted in his heart.  “I began realizing Islam may not the be the religion I grew up thinking it was,” he stated.

He began to realize, “the God of the Bible loved me and sent his Son to die for me.  The God of the Quran never did that for me.  I fell down on my knees and prayed . . . and asked Jesus to become my Lord and Savior.  What a huge relief.  Never did I feel a freedom inside of me as I felt at that moment,” he remembered.

Today, Al Fadi has a new mission – to tell Muslims about Jesus Christ, and to teach truth wherever he can.

In 2007, Fadi decided he needed additional training in the Bible and Biblical theology.  And in 2008, he began his seminary coursework at Phoenix Seminary, where he met ACU Dean of Academic Affairs, Dr. Ed Clavell.

After completing his advanced degree, he was invited to join the faculty of Arizona Christian University, where he now teaches courses in Biblical theology, business, and comparative religions.

“In my humble view, ACU is among just a few universities that stand firm on Biblical truth and does not accommodate worldly views to sign up more students.  Rather, ACU presents truth first; nothing else matters,” he said.

Al Fadi has come a long way since the days of his youth.  He left everything to find truth.  And, now that he has, he is making an eternal impact on the students of ACU and beyond.

To learn more about Al Fadi’s story, check out this video: