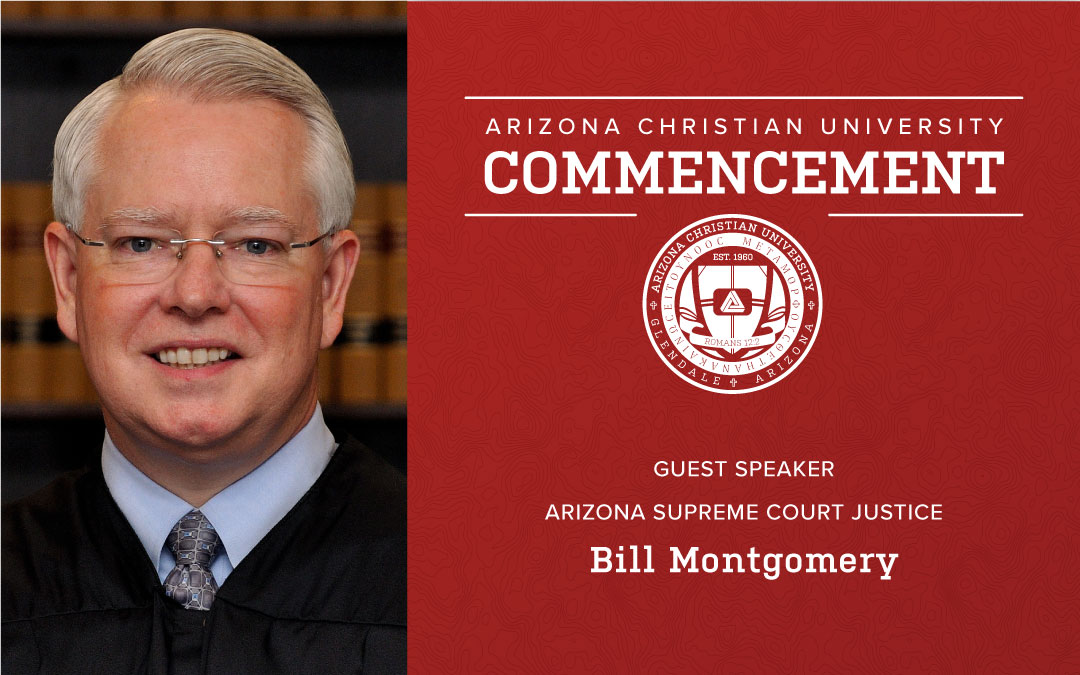 Arizona Christian University is pleased to announce that Arizona Supreme Court Justice Bill Montgomery will be the keynote speaker for the University’s 2021 Commencement. The 59th Commencement ceremony will take place on ACU’s Glendale campus on May 7, 2021 at 9 a.m.

“Justice Montgomery has an amazing personal story of overcoming obstacles through his faith and a strong work ethic, which has resulted in a career filled with achievements and a commitment to selfless public service,” said ACU President Len Munsil. “His values as a public servant – dedication to faith, family, freedom and fidelity to the Constitution – align well with ACU’s Core Commitments. I’m delighted he has accepted this invitation to address our graduates.”

He served as the elected Maricopa County Attorney from 2010 until 2019, where he oversaw criminal, civil and appellate cases filed and defended by deputy county attorneys in his office.

In addition to his official duties, Justice Montgomery has volunteered countless hours assisting families in need and has taught as an Adjunct Faculty at ASU’s Sandra Day O’Connor College of Law. For his service to the public, Justice Montgomery has been awarded the Town of Gilbert Mayoral Award for Community Service; the ChildHelp Founders Award; the Chicanos Por La Causa Champion for Children Honor; and the Si Se Puede Foundation Child Advocate of the Year Award.