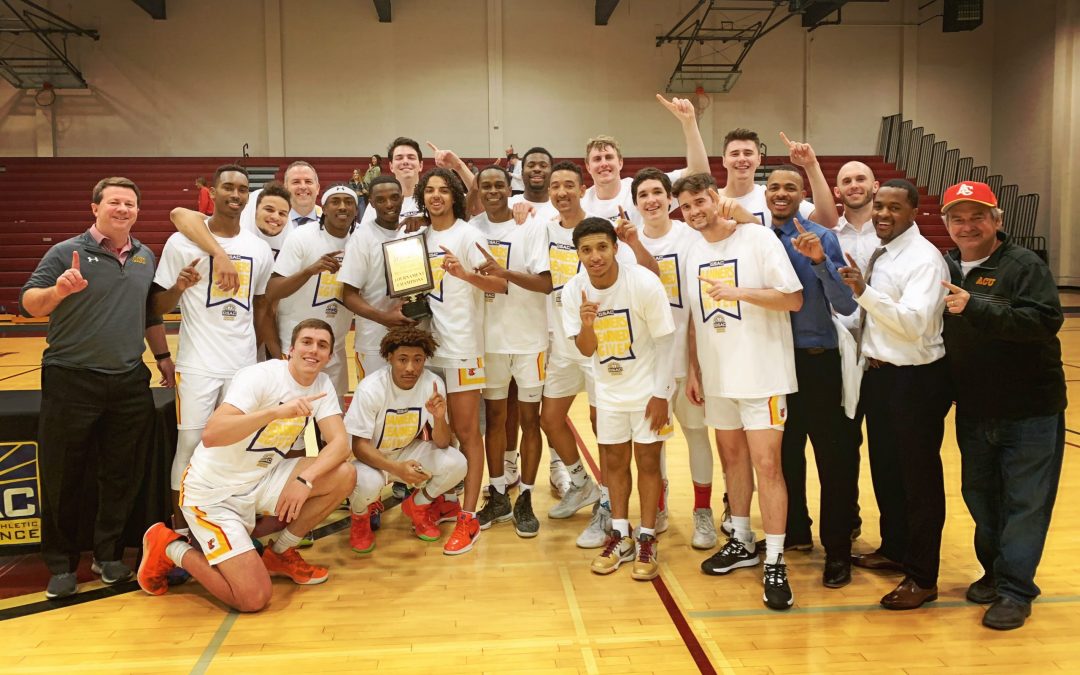 Arizona Christian University’s Men’s Basketball made history on March 7, 2020 by winning the GSAC Tournament Championship in legendary fashion. With 6.9 seconds remaining, ACU recovered from a three point deficit, leading to a thrilling win against Hope International University. Campus Chaplain Tim Reed, who watched the game from the sideline, said, “After our last shot when the horn sounded, I think I jumped over two rows of chairs and ran out on the floor to hug the team. After the trophy presentation and cutting down the nets, we all were in a circle at half court for an emotional team prayer.”

Throughout the season, Head Coach Jeff Rutter challenged and encouraged the players to perform at the highest level. The team demonstrated the athletic excellence and accomplishments possible at ACU. Our programs and coaches guide athletes to be successful at the highest level of the conference and nationally. Although the NAIA Men’s Basketball National Championship was cancelled due to COVID-19, the players and coaches are proud of the history they made. The team will come back stronger and more determined next season.