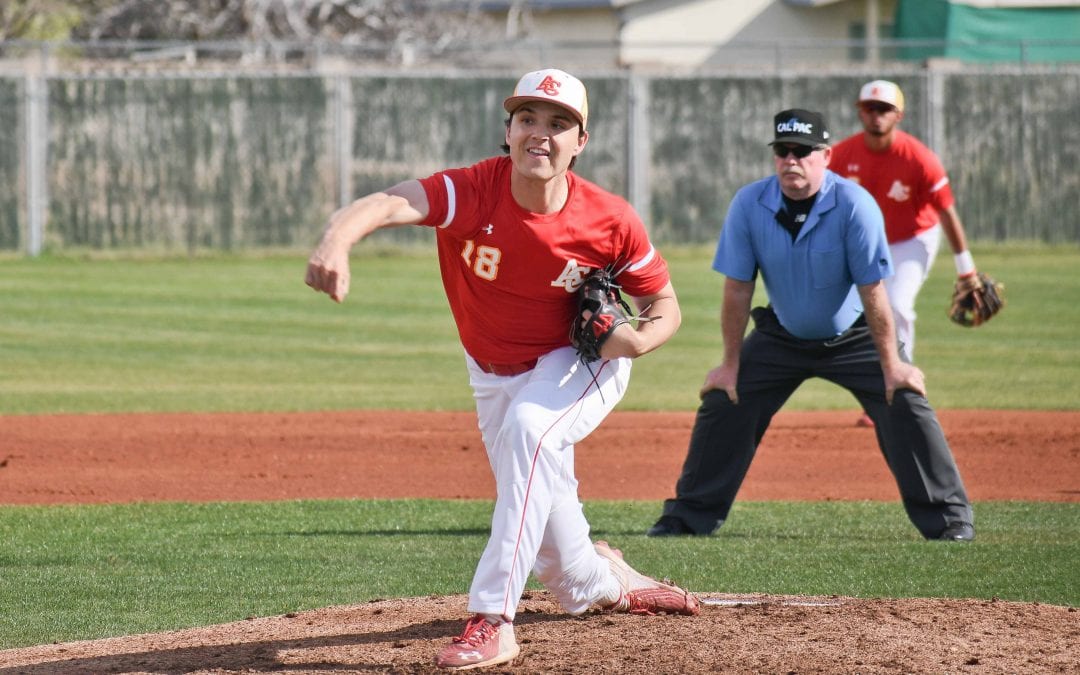 McGee, from Brea, CA, allowed three hits while striking out his career single game best ten in his eight innings of work. The righty allowed only one Hawk to advance to third while only two others even reached second. McGee recorded four 1-2-3 innings and at least one strikeout in six innings.

On the season, McGee tops the team with 23 strikeouts in 25.2 innings pitched.

Thanks to his work this year, the fourth year Firestorm has already moved to the top of the ACU career record books in wins, innings pitched, and strikeouts.